This November was the 55th anniversary of the assassination of John F. Kennedy. On our recent trip to Dallas we visited the Sixth Floor Museum in the building from where the fatal shots were fired– the old Texas School Book Depository. 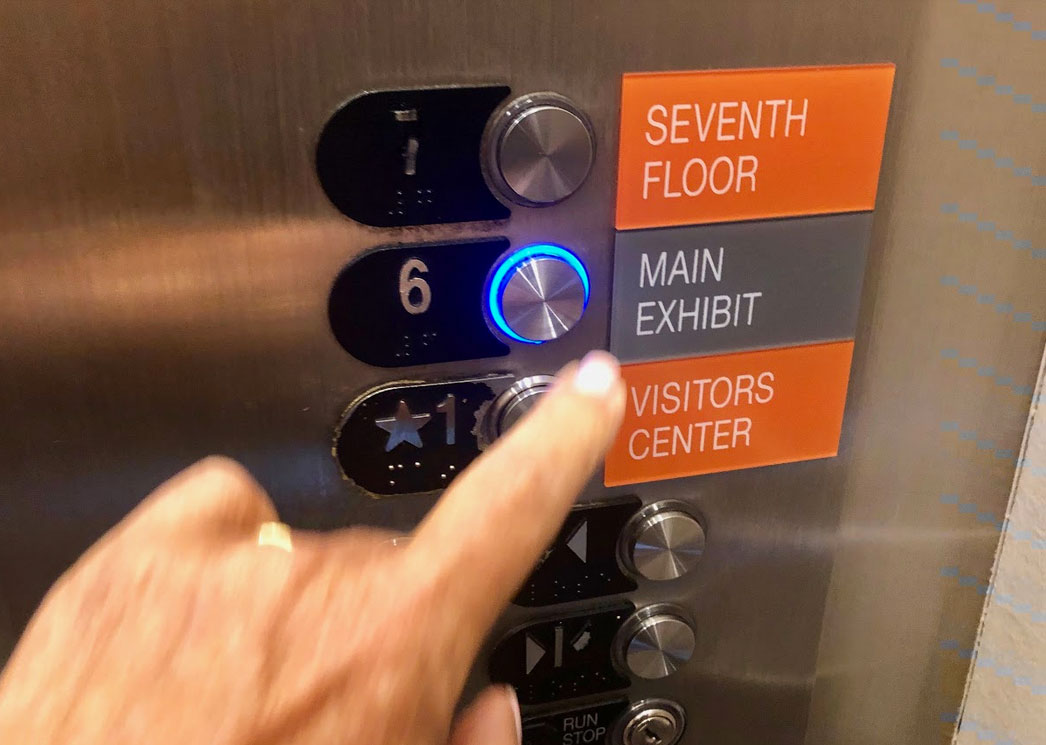 Of course,the main attraction is the historic sixth floor. 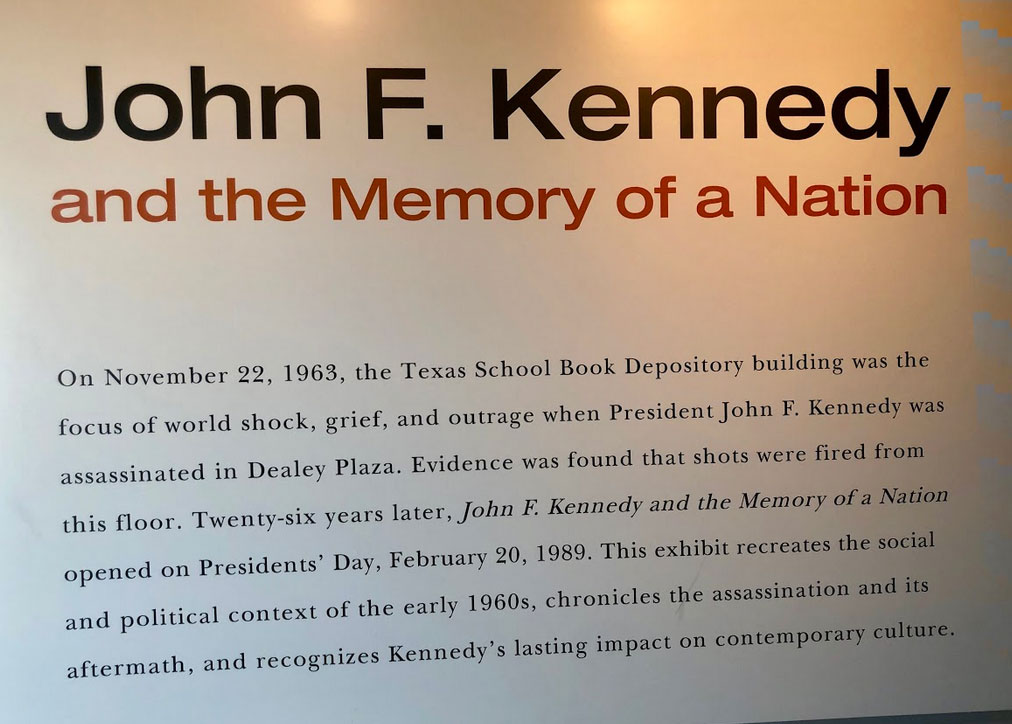 The museum not only chronicles the death of JFK, it also highlights important aspects of his short time in office. 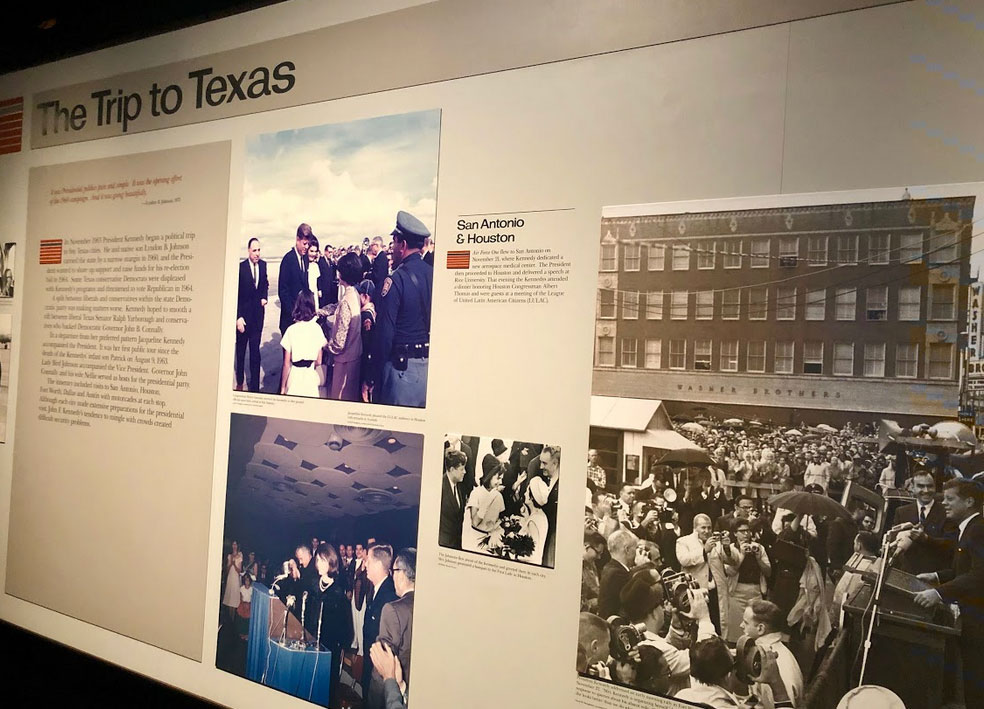 The events leading up to the afternoon of November 22, 1963 are told in detail. For those old enough to remember, some of the images are as familiar as a high school yearbook picture. 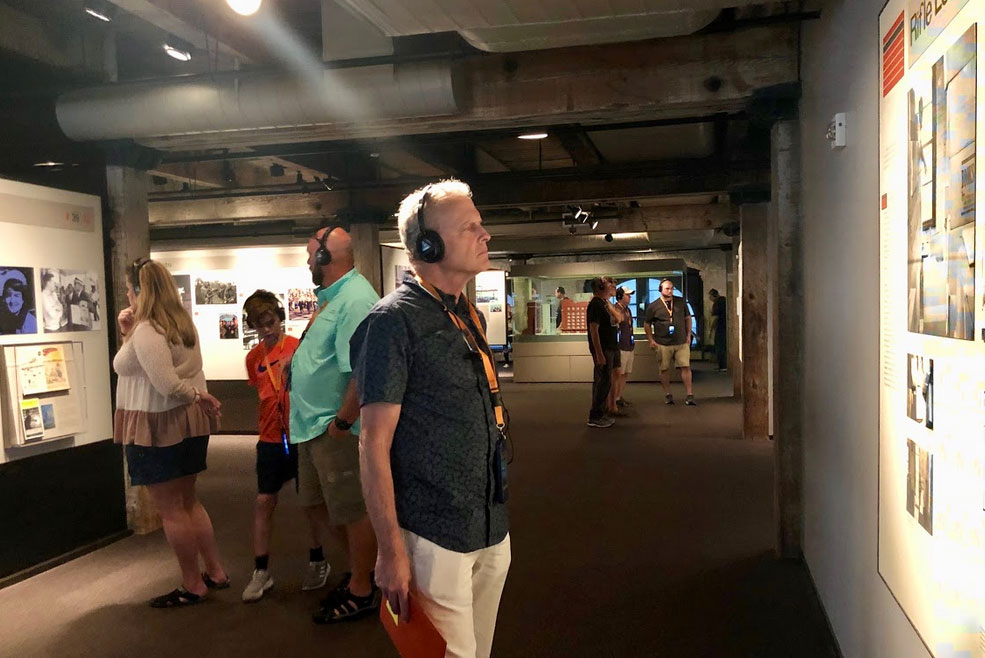 A guided audio tour explains everything from the politics of the day to conspiracy theories about the murder. 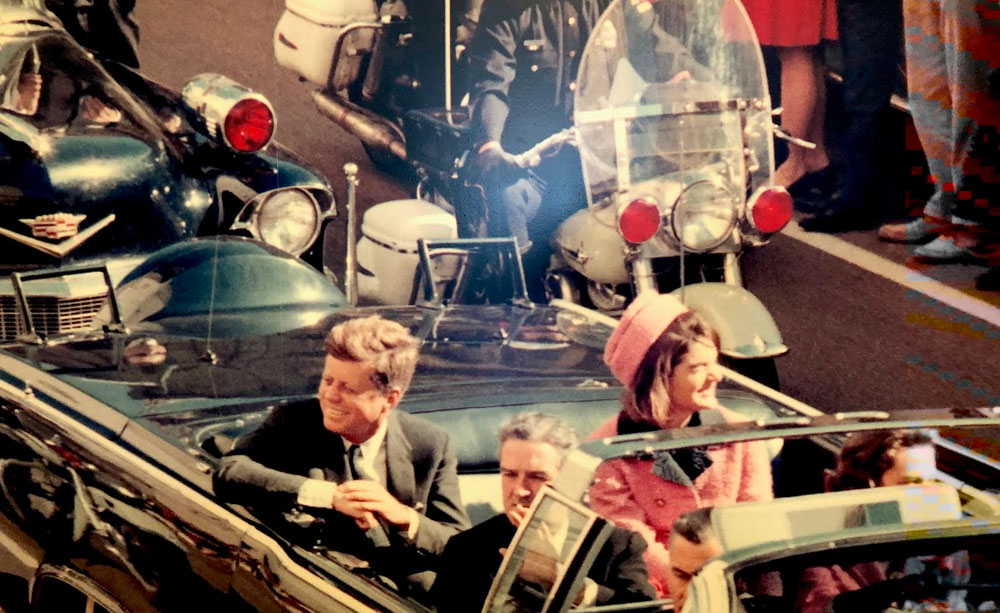 Many historic photos are reproduced. This one especially got to us because we know that just seconds after this picture was taken our whole world changed. 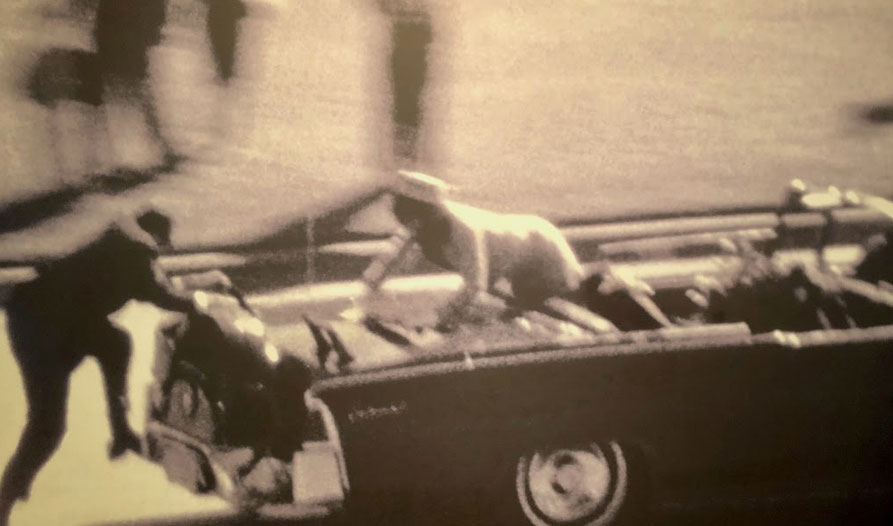 Frames from the famous Abraham Zapruder film of the assassination show this horrible moment where we remember Jackie Kennedy crawling on the back of the limousine as a Secret Service agent jumps on the car seconds after the fatal shot was fired. 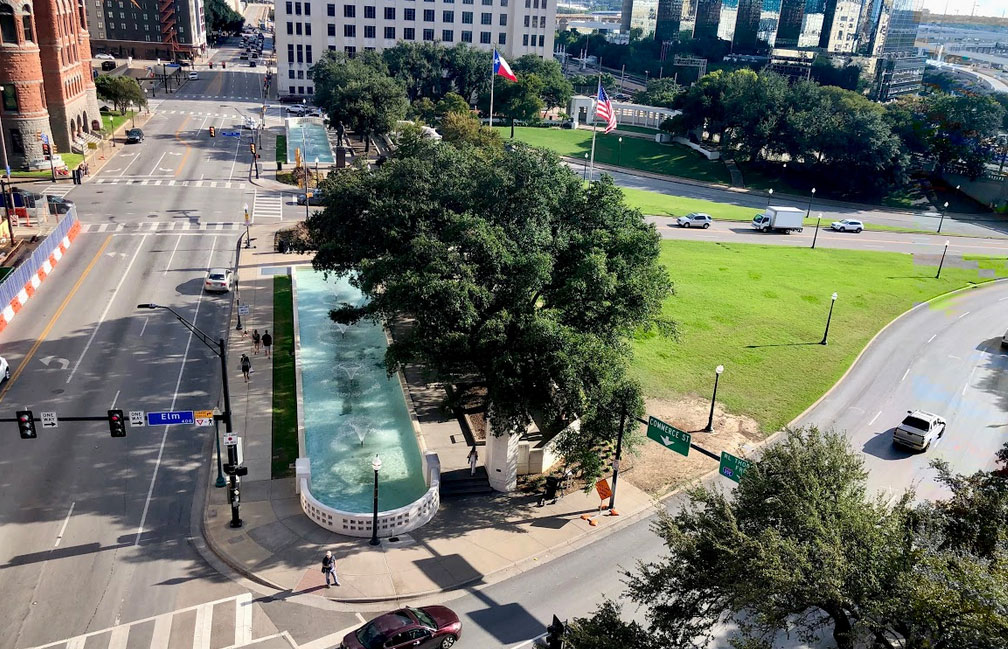 It’s an eerie feeling to look out the window of the museum and see just where the motorcade was hit by bullets. The white car in the middle lane to the right of the picture is in the exact spot where the President was fatally wounded. 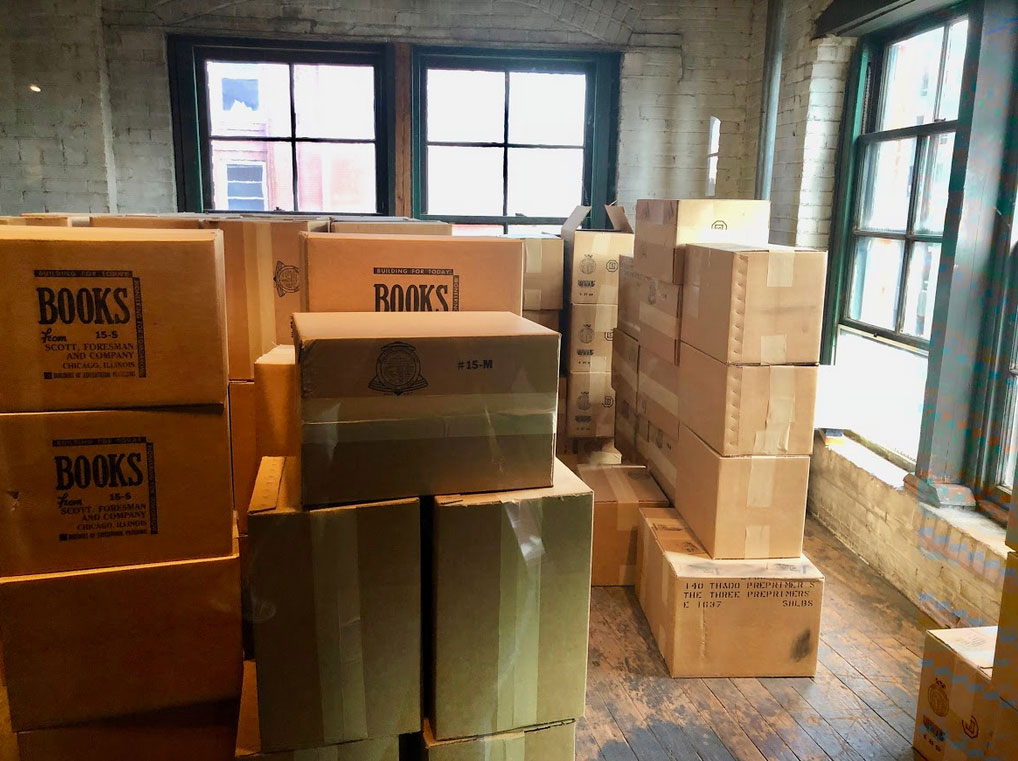 The corner window area of the building where Lee Harvey Oswald built his sniper’s nest is recreated as it was that day, right down to the stacks of boxes that were in the room. 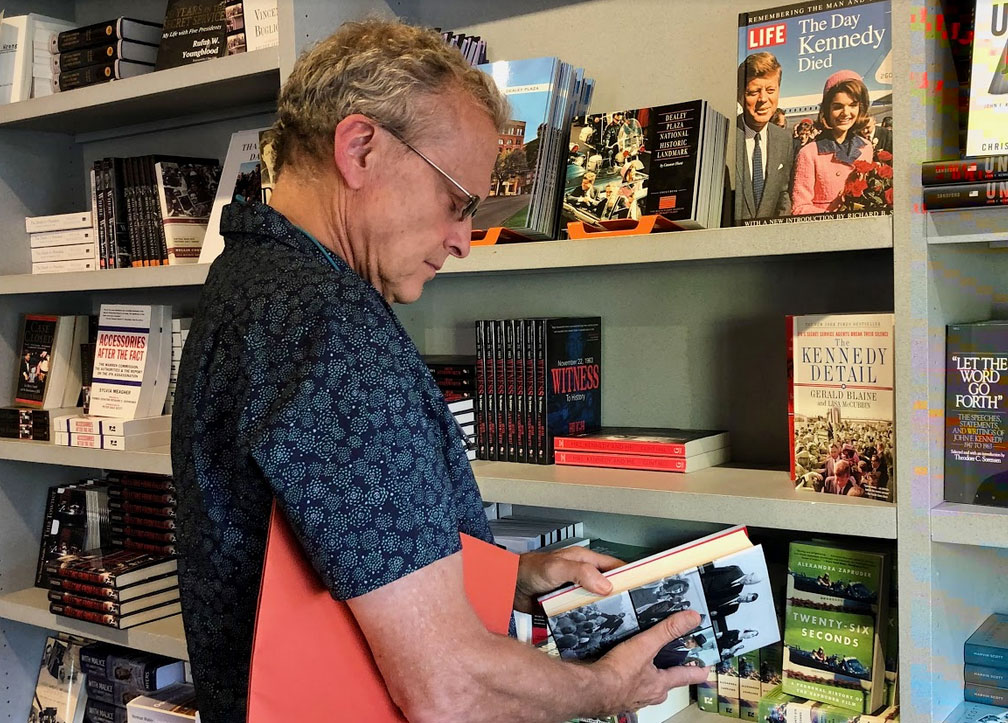 Since Bob is obsessed with the Kennedy assassination, he had a field day in the bookstore going through the vast collection of books on the subject. 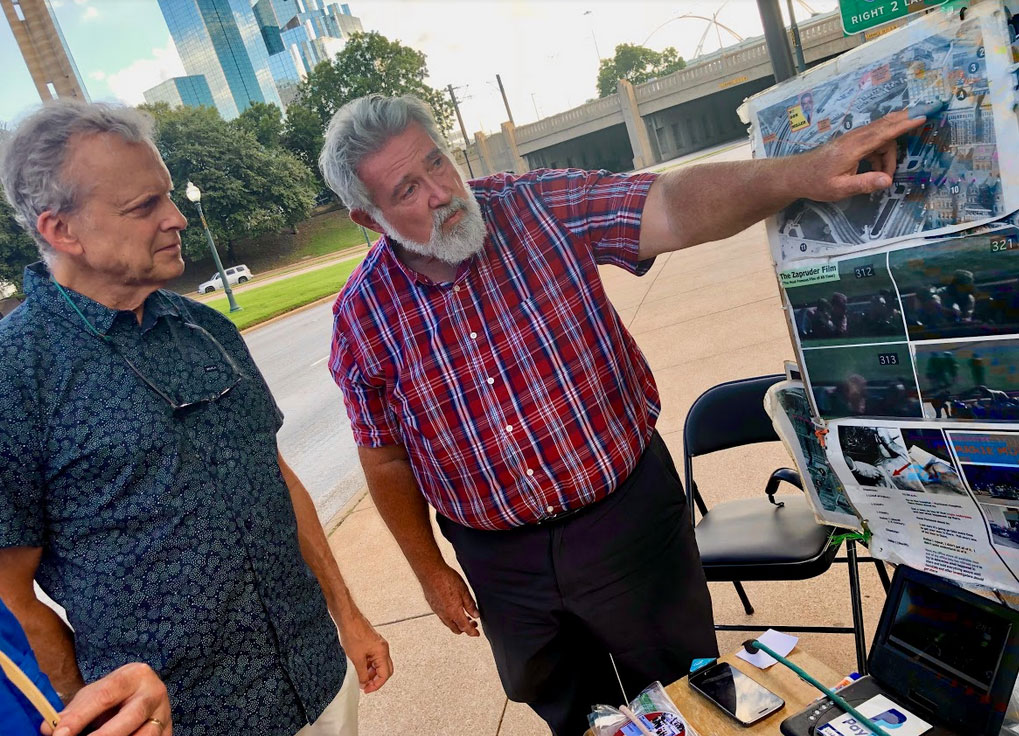 The minute you walk outside the building, this is what you see. A conspiracy theorist selling various movies, pictures and tapes backing up his detailed theories on the killing. Bob spent a lot of time challenging him and being fascinated with his opinions.

Here we are sitting on the very same stoop in the grassy knoll where Abraham Zapruder stood while taking his famous 8mm film of the assassination. If you’re ever in Dallas, we highly recommend that you spend a couple of hours at Dealey Plaza soaking in the history of one of the most memorable events of our time!